How do you put an end to someone using Blue Eyes White Dragon in Yu-Gi-Oh?

Most removal cards would normally do the trick (examples include Bottomless Trap Hole, Soul Taker, and Mirror Force are all popular examples).

A popular card that is run in Blue-Eyes decks is Return of the Dragon Lords: 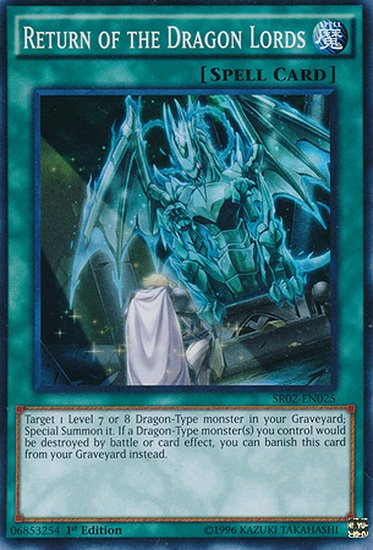 It provides some protection to Dragon-Type monsters, since it can be banished from your graveyard in place of destroying Dragon-Type monsters. While it is possible to brute force this form of protection (sacrifice a form of destruction in order to force your opponent to banish his copies of this card), it would be far easier to select a form of non-destruction removal (AKA not Fissure/Mirror Force).

In addition, unless you think you’ll be facing ALOT of Dragon-decks I would recommend not adding cards in that are only usable in said match-up.

Some cards that I would personally recommend: 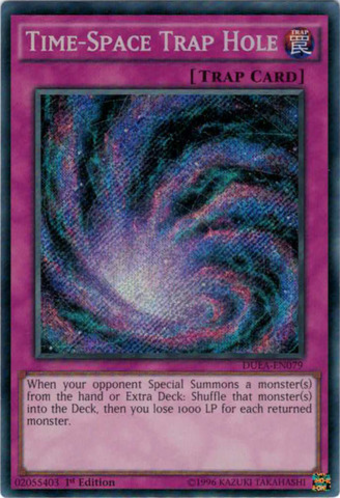 This is a personal favorite of mine when it comes to tech choices. Shuffling cards back into the deck is an excellent type of removal because it avoids triggering destruction effects, and if it was special summoned from the hand, it can’t be resummoned once they regather the resources. It isn’t as useful for this match up given that many times Blue-Eyes is being summoned from the deck. However I found it an excellent counter to Blue-Eyes Chaos MAX Dragon which is also occasionally run in Blue-Eyes decks. 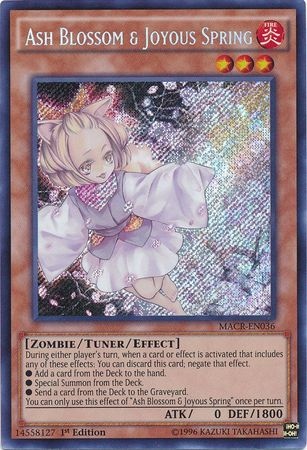 Warning, this card is rather expensive to buy, so I would primarily recommend this if either a) you have money to burn or b) you play primarily online like me. Ash Blossom will counter Maiden with Blue Eyes special summon effect since it includes the possibility to special summon from the hand. It also stops White Stone of Legend’s, Dragon Shrine and part of The White Stone of the Ancients’ effects. Also, it is useful against almost any deck (hence why it is so expensive to buy). 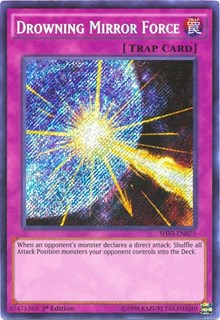 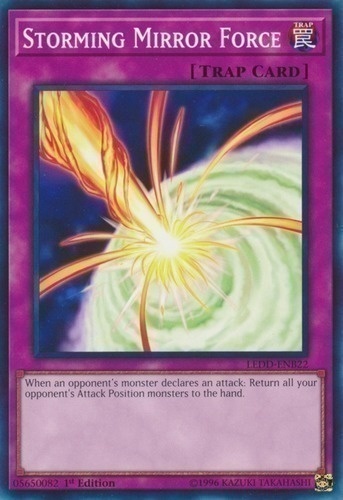 Opinion will vary depending on who you talk to, but the mirror force line of traps can be useful (at least in the side-deck). These in particular don’t destroy your opponent’s monsters which helps dodge Return of the Dragon Lords and Chaos MAX’s protection, but provide removal to a lot of nasty monsters.

I wouldn’t recommend putting in cards that are specific to one match-up simply because you’ll often find them useless when you are in other match-ups. But if you do find that Blue-Eyes decks are your deck’s kryptonite, you can always side more specific cards in from your side-deck.