In the Yu-Gi-Oh card game, is it possible to build an invincible card deck?

Currently you could not because otherwise the game wouldn’t be very fun and Konami makes sure that the game is fun or people will stop playing it. If there was a tournament legal deck that always won then why would anybody play anything else.

However if there was no ban list then things get interesting.

You could build an Infinite Draw Exodia FTK with all the draw power that is currently banned. 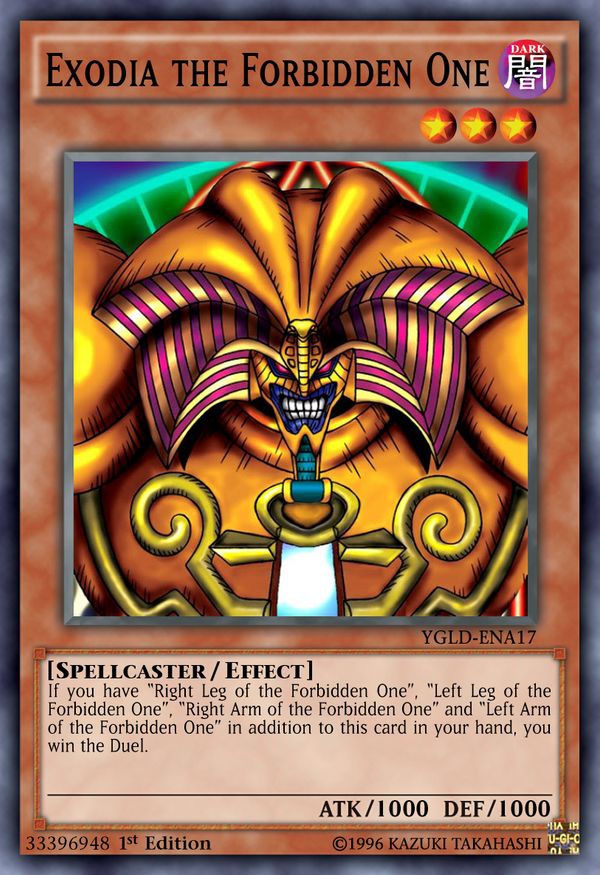 This deck has a near 100% win rate with almost any opening hand because it essentially pluses infinitely and Exodia as a win condition can’t be stopped. With this deck you basically draw infinitely until you draw all 5 pieces of Exodia then win.

Literally the only way to stop this deck is to open with Droll and Lock Bird.

Without a ban list another good option would be Pendulum FTK.

Again with all the draw power currently on the ban list as well as all the banned and limited powerful pendulum and boss monsters you this could easily win every game.

Pretty much any opening hand with the additional draw power and powerful pendulum cards such as Astrograph Sorcerer would make the deck very consistent then you could burn your opponent to death with Selene + Tempest Magician. Failing that you could probably discard or banish all the cards out of your opponent’s hand then set up enough negates that they could not play through your board on their turn. The boards that this deck could build with access to some of the absurd cards currently on the forbidden list are possibly unbreakable.

The benefit that full power Pendulum FTK has is that it is almost impossible to stop and even if your opponent manages to stop the FTK the deck itself is still really powerful so they would still have trouble beating it.