Yu-Gi-Oh!: 10 Coolest Monsters In The Series 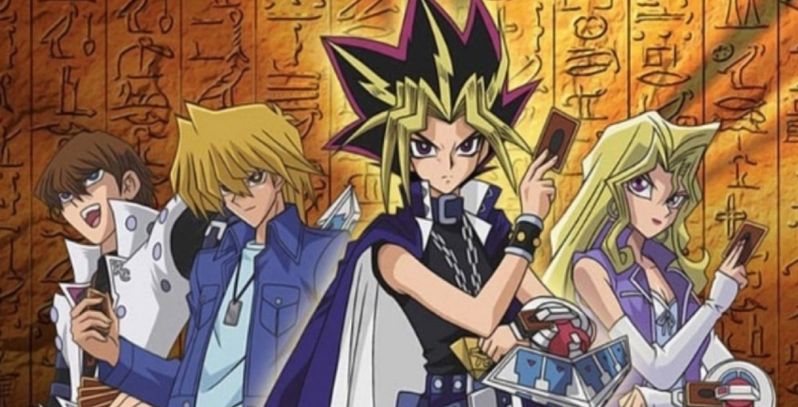 The Yu-Gi-Oh! franchise has over 10,000 cards. Fans have collected cards for years as collectibles or for duelling.

RELATED:Yu-Gi-Oh!: The 10 Most Powerful Cards, Ranked

The monsters on the list aren’t all cool by just design. Ability, strength, and role in the series all play a factor in determining how cool the monster is. This leads to some unconventional cards added to the list and some fan favorites left off. Sorry Dark Magician Girl. 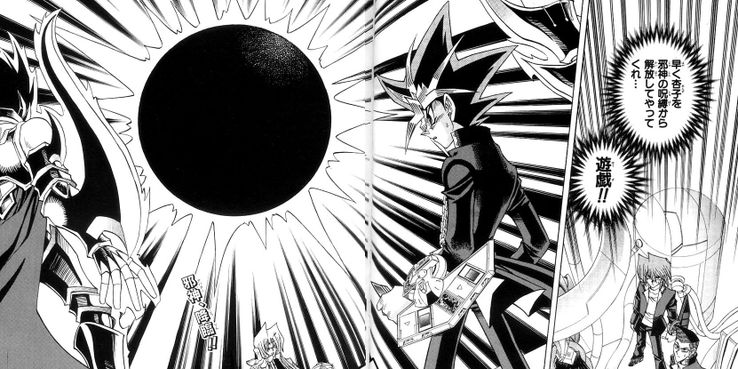 The Wicked Avatar is a dark monster and can only be summoned by tributing three monsters. It stops the opponent from activating trap or spell cards for two turns. It has 100 points more attack and defense of the highest monster on the field. The Wicked Avatar is just a black circle. Its simplistic design gives a break from all the flashy and fancy cards in the Yu-Gi-Oh! world. The card first appears in chapter one of the manga when Yako Tenma plays the card against Yugi. In chapter two, during the same duel, The Wicked Avatar takes down Yugi’s Slifer the Sky Dragon. 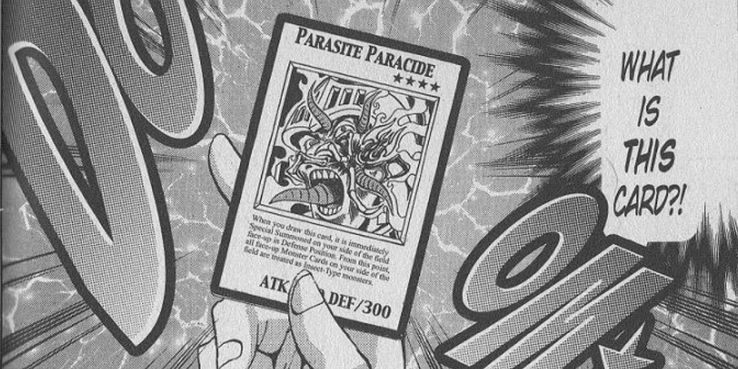 Parasite Paracide is an earth monster with 500 attack and 300 defense. When played, the card goes face up and is shuffled into the opponent’s deck. When the card is drawn it is played into defense position for the opponent and inflicts 1000 damage. It also changes all the opponent’s monsters on the field to insects. In episode 63 of the anime Weevil schemed the idea for a boy to put Parasite Paracide into Joey’s deck to use in a later fight against him. The card in the anime also wouldn’t affect monsters made of metal.

RELATED:Yu-Gi-Oh!: 10 Best Duelists In The Series 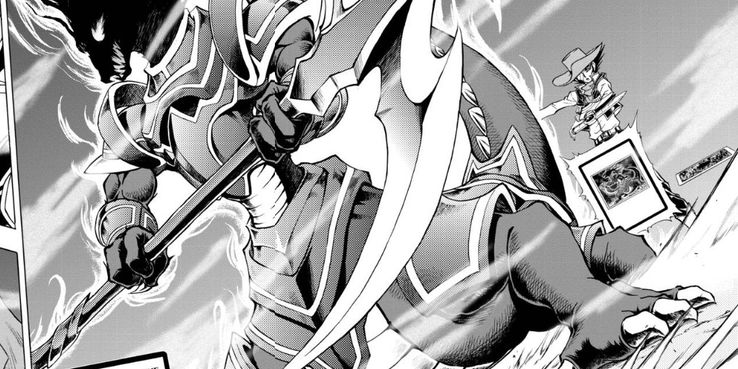 7.EXODIA THE FORBIDDEN ONE 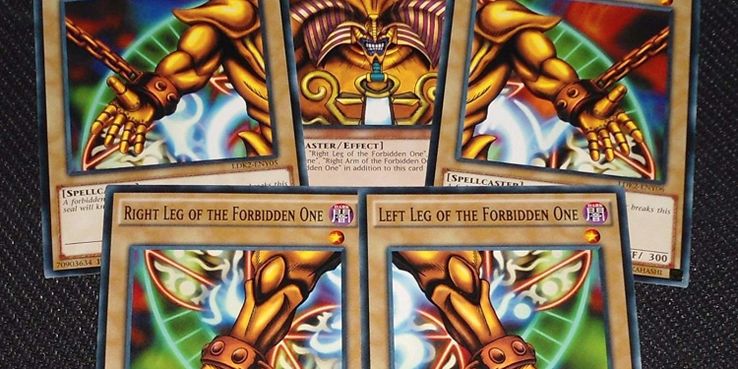 We all knew Exodia The Forbidden One was going to be on this list. Exodia is a unique card in the sense that the only way to play the dark monster is for the player to summon his body parts. Exodia needs the right and left legs as well as the right and left arms in your hand to summon. However, if you can do so, you instantly win the duel. In the Yu-Gi-Oh! anime Yugi uses the full set of Exodia The Forbidden One in his deck. He is seen in episode one summoning Exodia to defeat Seto Kaiba and destroys his Blue Eyes White Dragons in the process. 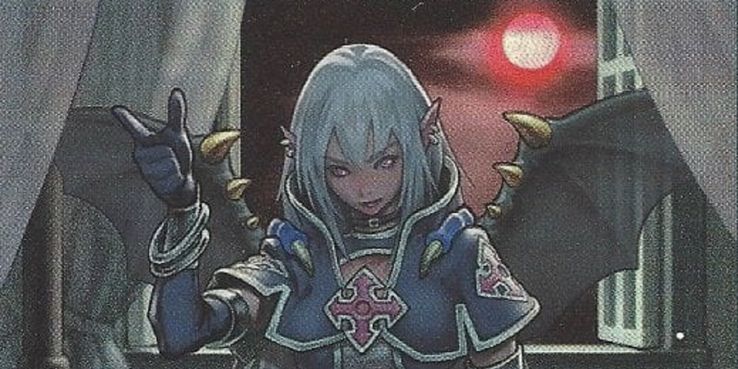 Vampire Vamp is a dark monster that can be normal summoned to the field. It has 2,000 attack and 2,000 defense. The card targets one face-up monster on the opponent’s field with a higher attack stat than itself. Vampire Vamp gains the attack of the card it targeted. Categorized as a zombie, Vampire Vamp takes the image of a young vampire girl with white hair. The card is often run in vampire archetype decks. 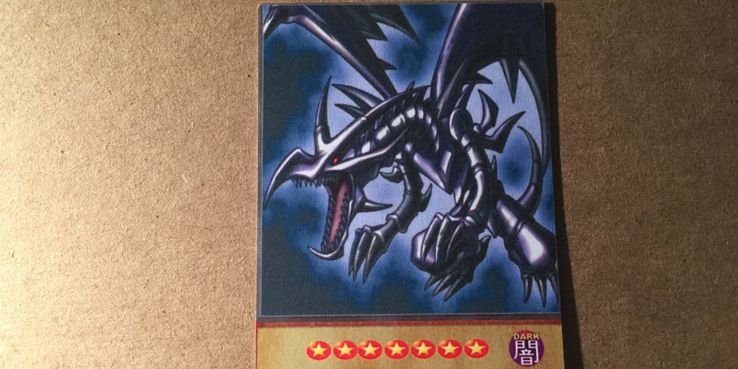 RELATED:10 Weird Rules About Dueling In Season One Of Yu-Gi-Oh! 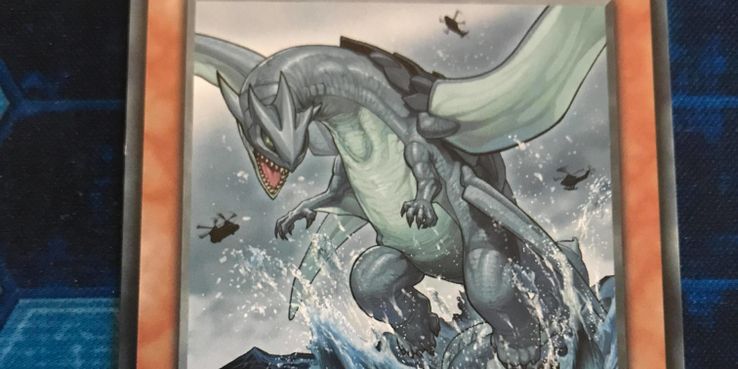 Gameciel, The Sea Turtle Kaiju is a water monster with 2,200 attack and 3,000 defense. The appearance of this monster is essential a sea turtle on steroids. The card can be special summoned from the players hand or opponent’s field in attack mode by tributing a monster. Being a Kaiju monster, the player can only have one on the field at a time. When the opponent activates a card or effect, the player can remove two kaiju counters from the field. Gameciel, The Sea Turtle Kaiju is often played in Kaiju archetype decks. 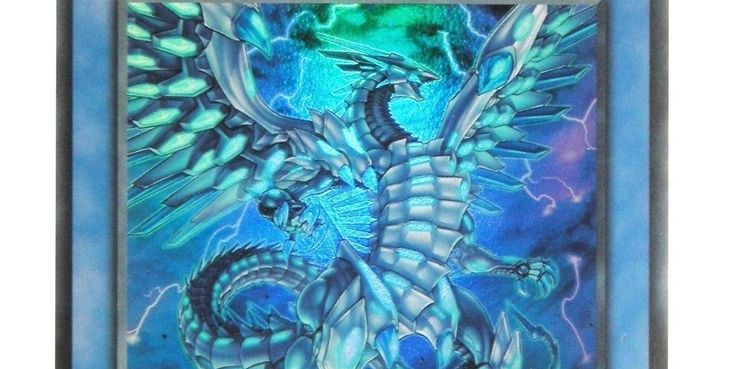 The Egyptian God cards are three legendary cards but are often seen together in the series. All three monsters are divine monsters known as Slifer the Sky Dragon, Obelisk the Tormentor, and The Winged Dragon of Ra. The cards were created by Maximillion Pegasus. The cards appear all together in episode 62 of the Yu-Gi-Oh! anime where Marik is explaining the connection between the Egyptian God cards, the Pharaoh, and the Millennium items. 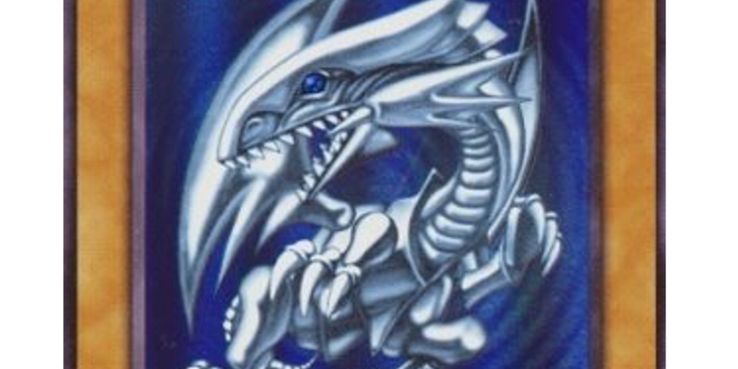 Topping off the list is none other than the Blue Eyes White Dragon. The light monster has 3,000 attack and 2,500 defense. The signature card of Seto Kaiba, the dragon has a sleek design with piercing blue eyes. The card fist appeared in the Pre-Duelist Kingdom Arc of the series. Only being four in the Yu-Gi-Oh! world, Kaiba had to steal one from Yugi's deck. He then uses it against Yugi’s Summoned Skull, but the dragon refuses to attack. The Blue Eyes White Dragon self destructs and Yugi revives it with monster reborn to defeat Kaiba in a duel.