The Dark Magician is a beloved archetype in Yu-Gi-Oh!, boasting a whole line of cards with incredible and intricate art.

One of the most well-known and beloved archetypes in all of Yu-Gi-Oh! is that of the Dark Magician. As the ace card of the original protagonist Yugi Muto, Dark Magician is no longer just a card, it has a whole line of cards that play into its archetype, and all of these are super interesting and fun to play with.

RELATED: Yu-Gi-Oh! The 5 Best Monster Types In The Game

They also have some fantastic art. The Dark Magician archetype has some pretty characteristic features, and they all play into the cards' style in great ways. As a note, the following entries are in no particular order.

10. Bond Between Teacher And Student

The two are very determined and look great paired up with the dark purple background that the art is set on. This one really pops out of the card.

Of course, the original Dark Magician itself has some great artwork in plenty of different styles. The original art styles are iconic, and the Arkana art style is unique from the rest. The later art radiates a huge level of power though, which really shows how striking and dynamic the monster is.

With that in mind, it indicates that all of the different Dark Magician card art have their own feel that makes them interesting and diverse from one another. This card is incredibly striking. The Dark Side of Dimensions-style art is the best of them all, by the way.

Magicians' Souls is easily one of the best cards in the archetype due to its ghostly feel. The art shows the silhouettes of both the Dark Magician and the Dark Magician Girl surrounded by the Spellbinding Circle.

While the two are both in some sort of a spirit form, their eyes are still fully present, which make them super striking set against the spirits of the two magicians. This art style is very unique among the rest of the Dark Magician cards.

As a side note, this might be the only time that Dark Magician Girl is portrayed without its hat. Sure, the card is beautiful already, but it's also got some nice trivia paired up with it, too. Not too shabby.

The Dark Magicians is a card that fuses Dark Magician and Dark Magician Girl together, and any card like that is bound to have some fantastic art. The two both have redesigned costumes for this card, as they're enhanced versions of the original ones.

The background also seems to be pulsating some sort of magic power, which indicates just how strong the two magicians are. This artwork looks great paired with the background.

5. Dedication Through Light And Darkness

Dedication Through Light And Darkness is a great card because it showcases the Dark Magician of Chaos, a monster that isn't often seen nowadays.

Save for the design of the monster itself, which is great, it is set against an orange and red background that pairs with his dark purple and pink design in a way that really makes the artwork pop. This one is underrated among the other cards. 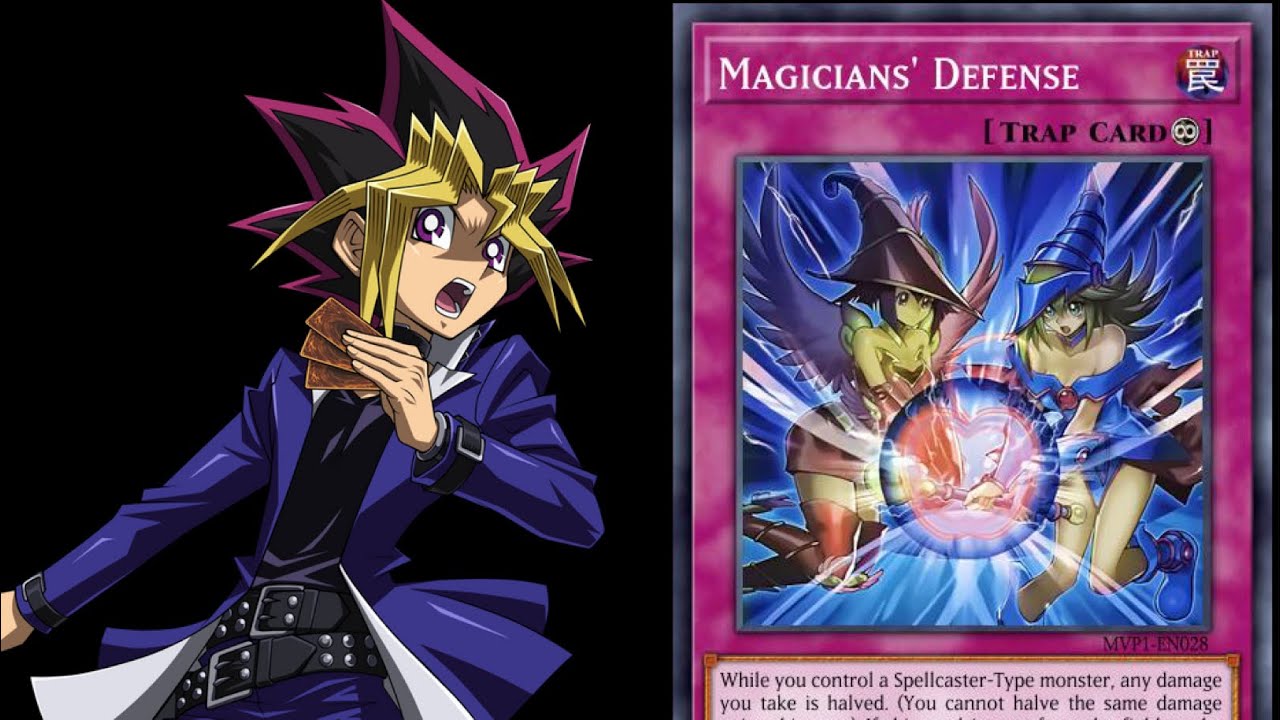 Magicians' Defense features Dark Magician Girl and Apple Magician Girl trying to save themselves from some sort of magic attack that certainly seems to be very powerful. Both the magicians are giving it all to do so.

RELATED: Yu-Gi-Oh!: 5 Card Archetypes To Use For A Quick Win

While it's fun to see these magicians interacting with one another, this card also showcases that the two are both incredibly powerful, and the energy that is being emitted by the blast really helps to make the art feel dynamic.

Just like Dark Magician, Dark Magician Girl, one of the original cards from the archetype, has a ton of great art styles. While she has almost as many as Dark Magician himself, the one pictured, which is more on the recent side of things, is one of her best.

Of course, her original artwork is iconic as it was the one that Yugi used during the original anime. You can't go wrong with any of Dark Magician Girl's art styles.

Backdropped by Spellbinding Circle and a galaxy-style artwork, the magician itself has an almost paint-like quality that only elevates the art to an even higher level than it already was.

Dark Paladin is another one of the earlier cards from the archetype, and the monster itself has such a great design that it takes a spot on the list.

While the background of the card might not be doing anything that interesting, Dark Paladin's garb is so intricate that it elevates the entire card, earning it a spot on this list.